The Tygron Platform consists of 2 parts. The Editor, used for editing and making changes to your projects, and the User Interface used for testing, previewing and ultimately deploying your project, its basics were described in the previous article. We'll now explain a basic overview of The Editor, starting by describing the different components. Then we'll explain navigating and use of the different interface elements. Each element has a more detailed description referenced with a main article link.

The editor is composed of several sections: the Ribbon, the left panel, the Virtual 3D World, the right panel, and the bottom panel. Each editor panel has its own distinct functionality. 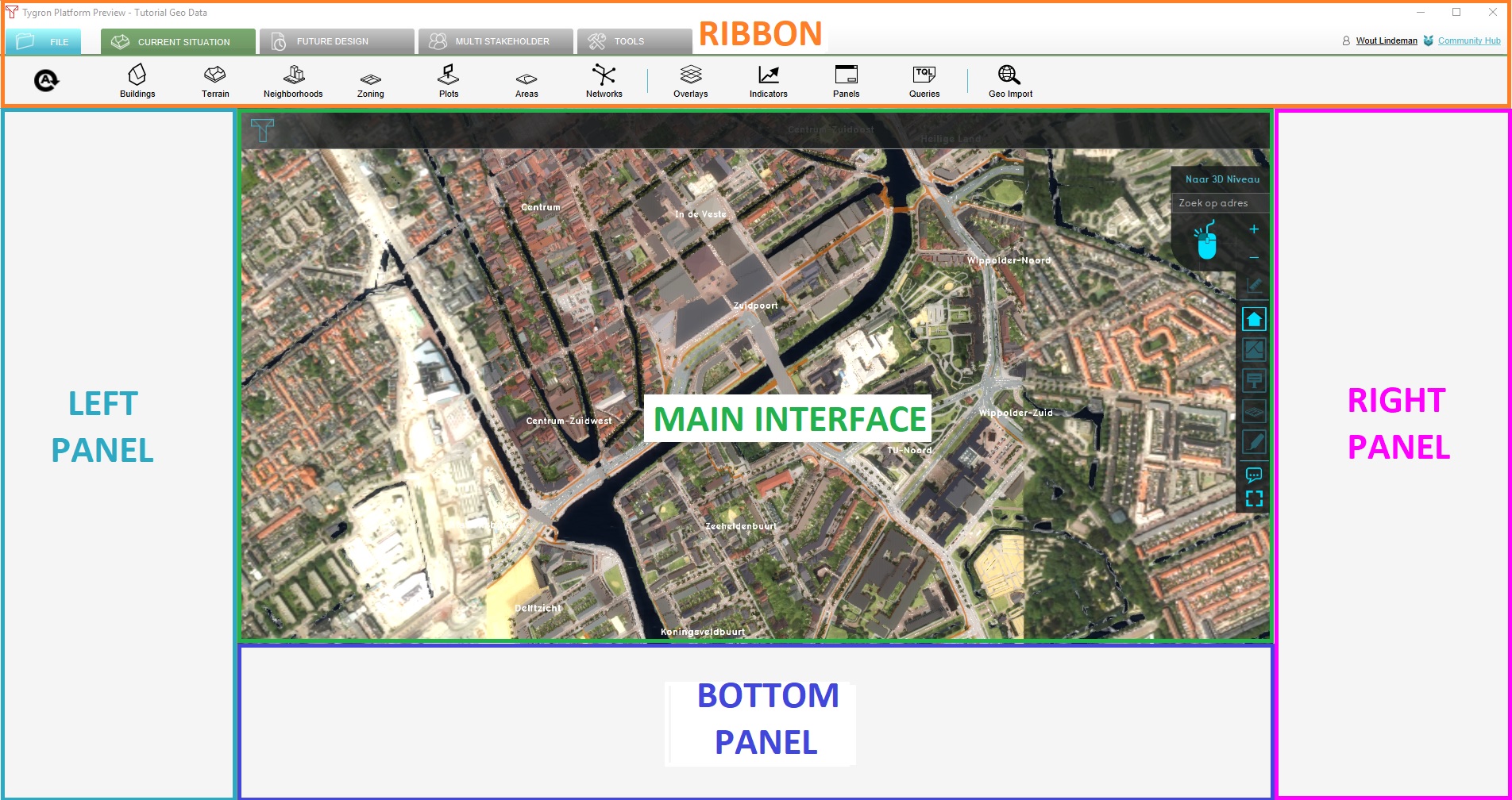