To change the current situation of a project, users will have to user the Editor. The editor panels are added around the main interface, as shown in the image below. 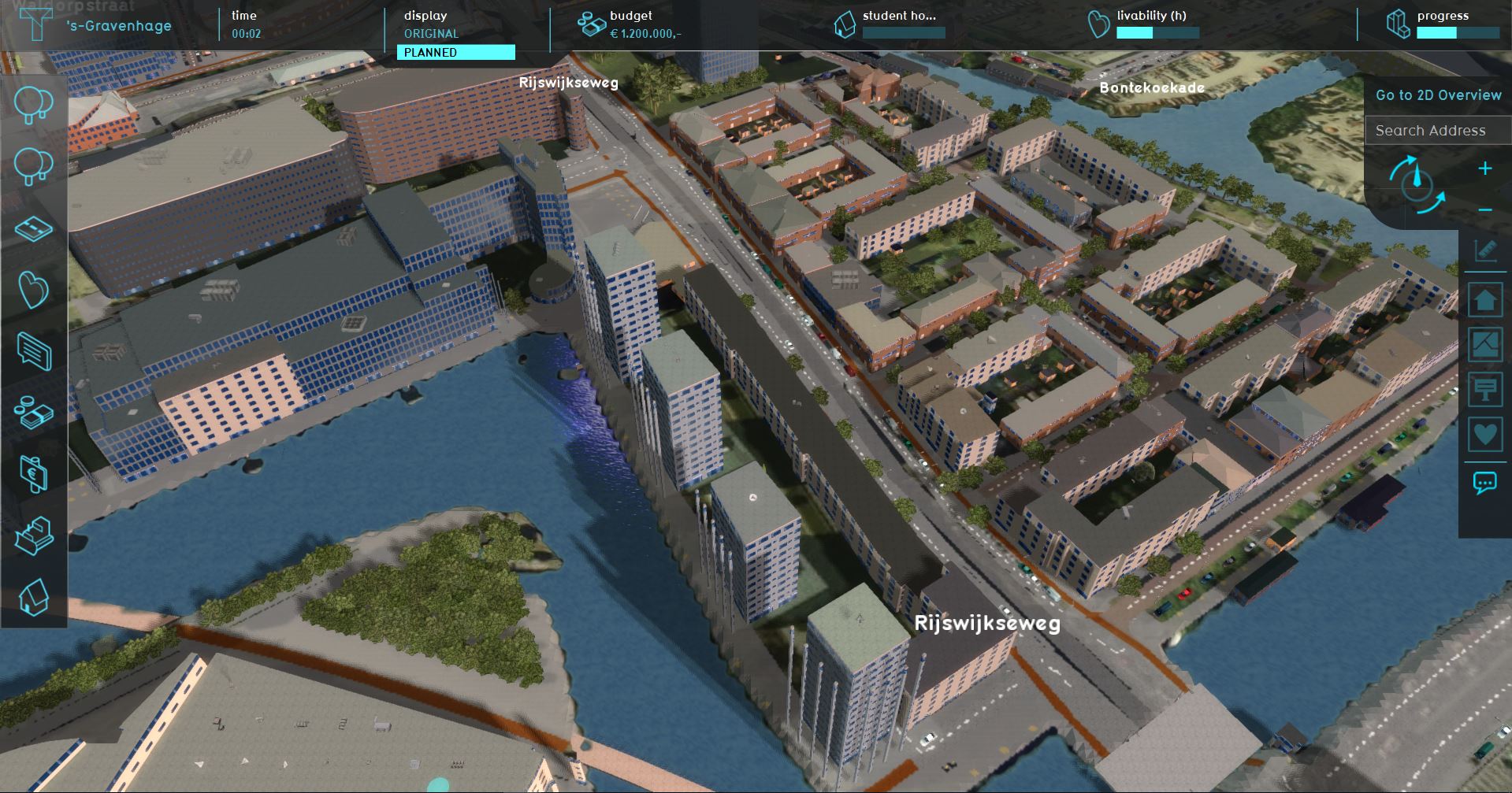 The Main Interface consists of the following main elements:

These elements can in open and show other panels in the User Interface.