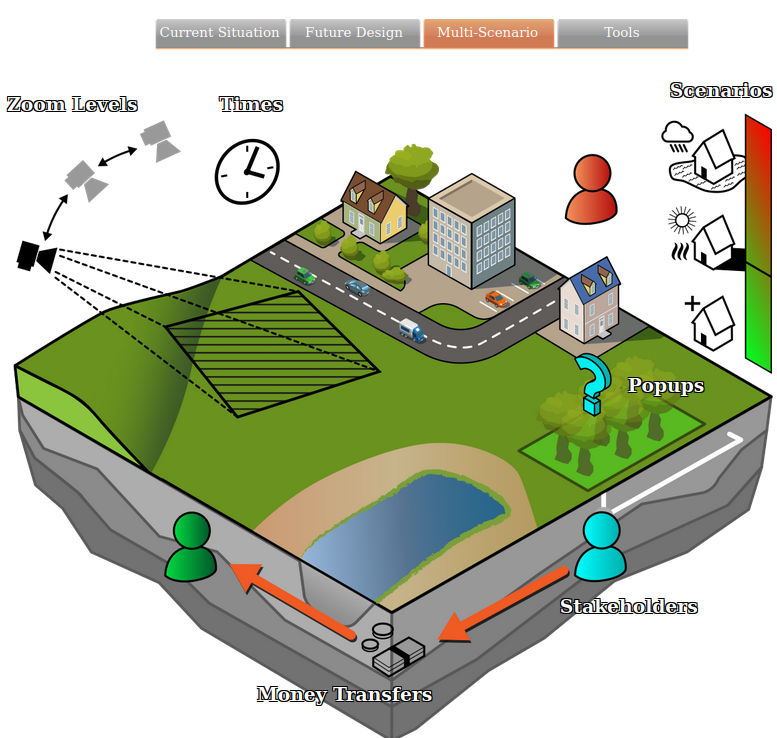 The Tygron Platform streamlines the planning process by bringing the actual stakeholder roles from the real world into our multi s environment. Users can then select which role they want to represent, in order to experiment, plan and negotiate better solutions for spatial planning, urban designs and development projects. Users can choose to select the role they fulfill in real life, or to select any of the other available stakeholders to learn about the 'other side's' interests and concerns.

In the Tygron Platform each stakeholder perspective is defined by its indicators, budget and available actions. For example, a Project Developer will prioritize its profit margin, while a Housing Corporation will focus on reaching its housing target and will be less (or not at all) focused on making any profit. Some stakeholders have a large budget but lack (ownership of) property to perform their actions on, others have the tools (actions) and property but lack the financial means to fulfill their objectives. By negotiating with each other, stakeholders are to search for any common grounds, in order to fulfill their individual and collective targets.

The following predefined stakeholders are available for users to add to their project:

The Tygron Platform has Active and Inactive stakeholders.

Inactive stakeholders also have their role. They can be non playable because their impact on the issues in the area is minimal, or they are only marginally involved/ concerned.