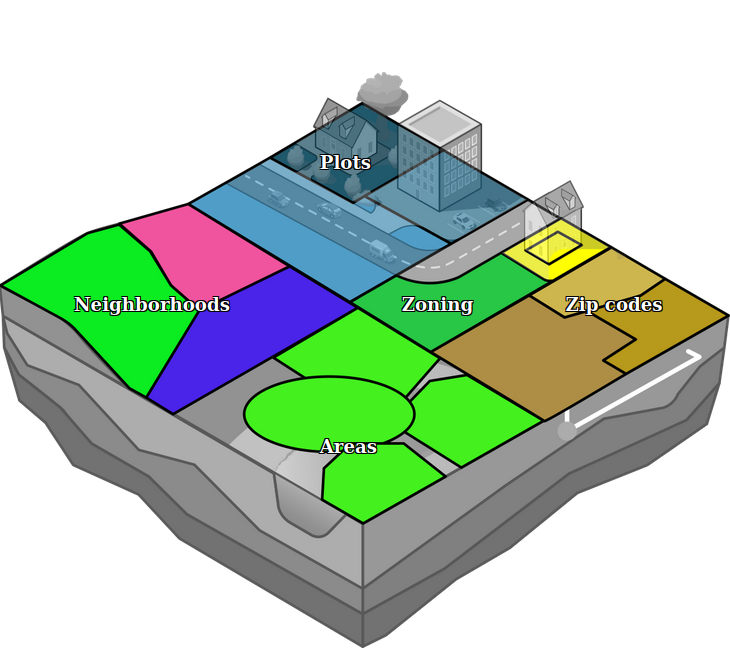 Zones in comparison to Areas, Neighborhoods and Plots

Zones in the Tygron Platform are spatial areas that can restrict, and provide feedback on, actions performed by stakeholders. Each zone is assigned to a stakeholder; that stakeholder is the permitter.

Zones can be grouped together to form a hierarchical zoning plan, each with specific requirements to which a new action must conform.

Zones can determine if an action create a conflict with the current zoning plan in two ways:

The project can also be configured to disable the permission popup, which will result in the following:

However, zones can still be used in other calculated if needed, with feedback shown in custom-made panels.

An example of a Stakeholder placing a new Sports Center in a Zone that does not allow it: