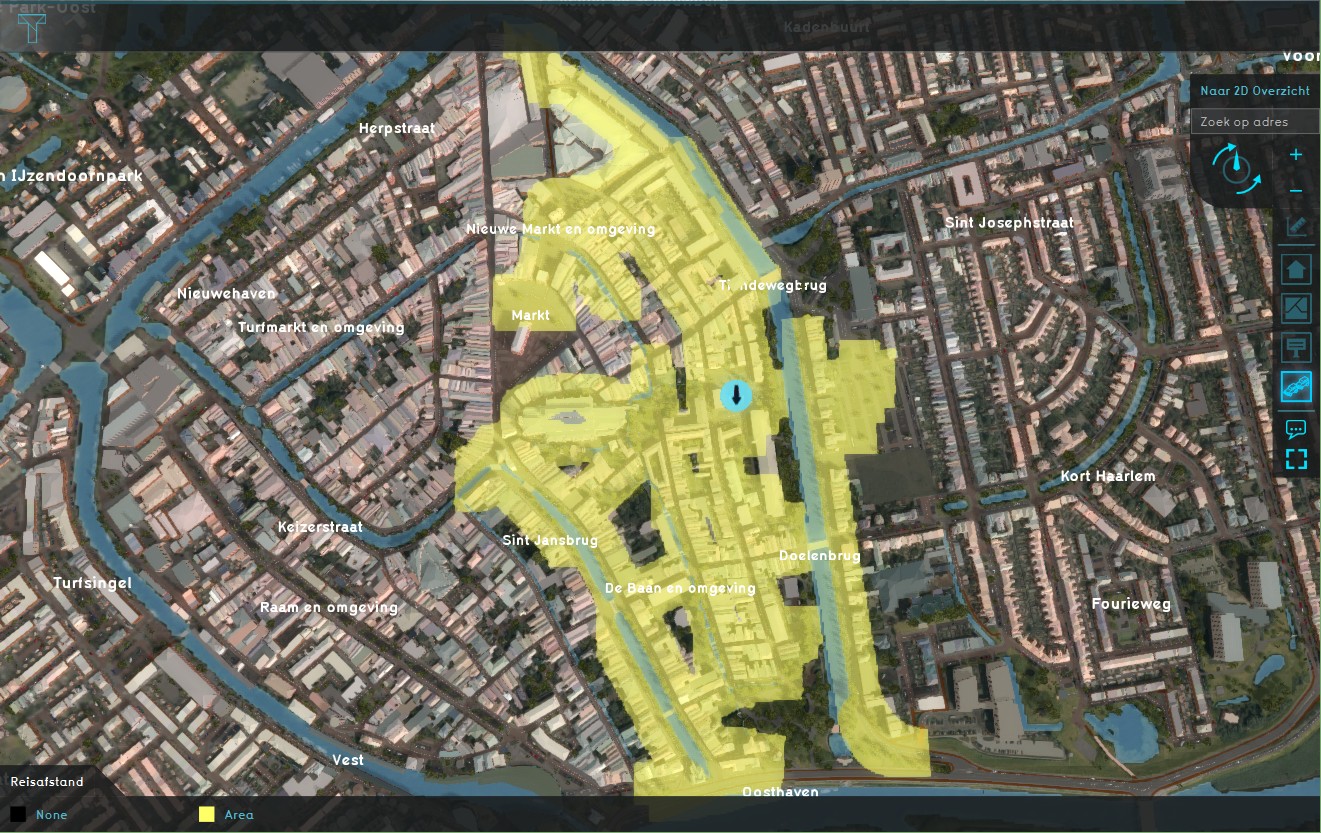 The Travel Distance Overlay is a grid overlay which shows the distance that can be traveled from a certain starting point (destination area). The traffic is split between motorized and pedestrian traffic, based on the road type (roads vs sidewalks).

The overlay also uses an additional fill distance, which allows the result to expand to the area around the accessible roadways, to include accessible surrounding constructions. This allows users to query constructions that are within acceptable distance of cells which are within the travel distance.

The calculation model behind the overlay is based on the same algorithm as used in the Watershed Overlay. The travel distance will therefore not be the exact travel distance, but the 8-direction Chebyshev distance.

The travel distance overlay can be used to visualize the travel distance from certain areas of interest (schools, shops, sports centers, etc), based on the roads project area. If we take a school as example, we can visualize which houses (and other buildings), within a range of 20m to a connecting sidewalk, are within a walking distance of 500m from the school of the example.

It is also possible to provide certain input data as more detailed grid. The following data can be provided as prequel Grid Overlays: