In the Tygron Platform, measures are predefined actions that can be performed by stakeholders. In contrast to other actions, such as the placement of Buildings, a participant in a project session does not define any properties for the measure. Instead, they can only opt to plan or cancel the measure as it has been defined in the editor. However, measures can be set up to perform multiple actions at the same time, enabling users to plan a whole design at once.

A measure can be used to:

These actions are configured as spatial components of the measure, spatials in short. There are restrictions on which of these spatials may overlap, in order to keep the measure consistent. For example, two Buildings that are on the same layer cannot overlap. However, other spatial combinations are allowed to overlay. For example, Buildings can be placed on top of GeoTIFF and Terrain spatials.

A measure can be owned by a specific Stakeholder. You can change its name, description, image, cost and constructions details. However, a measure can also be performed by other stakeholders, which may override the Stakeholder originally specified.

A measure is an action, which means it can be added to an action menu. Also, measures can be activated indirectly using events. Thirdly, they can be activated directly in the editor by click on the Activate Measure link:

When to use measures

A measure can be used to offer predefined plans to stakeholders. When a plan exists, applicable to the case implemented in the project, that plan can be implemented as a measure. Such a plan can consist of the spatial components of the plan, as well specific costs, and other eventual consequences of implementing that plan.

A measure doesn't need to have a spatial components. Instead, it can also be used to represent a policy change or campaign, which may have consequences for indicators, or may trigger events. 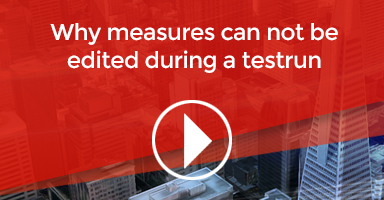 Measures have a large number of properties. Depending on the complexity of the measure you intend to create, a variety of panels may need to be used to properly configure all properties of a measure.

Because measures can have a large variety of effects, and can be activated via events, measures can be extremely powerful. Correctly using measures can allow an editing user to create very intricate or specific effects in a project. This does tend to make a project more complex, but can have benefits for the maintainability of a project.

Normally, when a user selects a measure in their action menu, the spatial effects of that measure are shown. This means locations on the map where the measure has its effect are highlighted, and the user's camera is moved to that location. However, this may not always be necessary or desirable. To prevent this, it is possible to implement the measure as two measures. A first measure, with the proper costs and description, which the stakeholder will see in the action menu. A second measure is not directly visible to the stakeholder, but has the actual spatial effect. The first measure can then, upon activation, trigger the activation of the second measure. 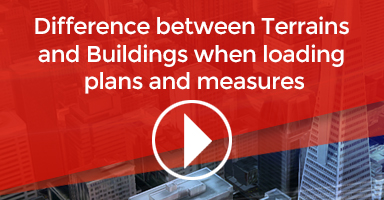